With certificates, administrators can transfer their networks to the cloud in a seamless and secure manner. 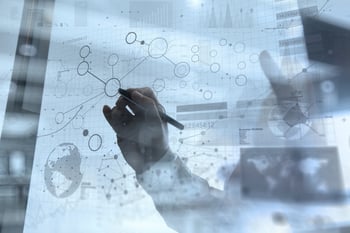 With several low-cost passwordless solutions available, it is fortunately possible to migrate smoothly and without any headaches.  It is not only the Azure Cloud setup that you will need, but also PKI and RADIUS, since these two are natively integrated into the Azure Cloud.  It is possible for administrators to automatically apply a certificate to all devices using IronWiFi's certificate solutions.

With certificates, administrators can transfer their networks to the cloud in a seamless and secure manner. Due to their security, certificates are the most secure method of using 802.1x. Microsoft's IronWiFi then eliminates the need for credentials, allowing Windows environments to use a passwordless Azure implementation. Cloud-based PKIs are easier to deploy than on-prem PKIs such as AD CS, which are significantly more expensive.

How to install certificates in Azure AD

Public Key Infrastructure (PKI) is needed in order to deploy certificates. Azure customers may think that Microsoft's AD CS allows them to create on-premises PKIs with no problem. However, on-premise PKIs are labor-intensive, expensive, and take a long time to set up. The costs of implementing Azure include hardware and software, licensing fees, infrastructure, replacement and more. Additionally, on-premise AD CS PKIs requires a team of professionals to manage, requiring Azure enterprises to train their IT departments or hire new workers.

With a managed PKI service, you will not have to worry about one or more of these things. The managed PKI service can be configured within hours, has zero infrastructure costs since it is all done in the cloud, and costs a fraction of what on-premises PKIs do. A large team of experts is not needed; businesses only require one part-time PKI manager to manage the process. One of the benefits of IronWiFi's cloud PKI solution is that it is an all-in-one solution that doesn't require forklift upgrades to be implemented. 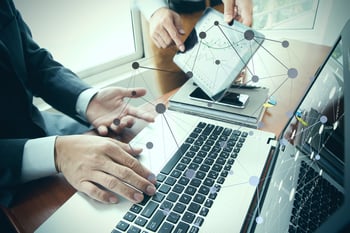 It's easier to configure and manage certificate templates with IronWiFi, as our GUI interface is more simplified than AD CS. Default certificates are not duplicated, and there are fewer steps involved. Create network groups based on network access and security permissions and configure templates for each group to increase security measures.

RADIUS servers have access to the certificate revocation list (CRL), which displays all the revoked certificates. So the RADIUS server stays up-to-date, and admins can download this list periodically via IronWiFi. The network administrator can easily revoke a certificate and put the device's info on a list and deny it access to the internet even if the device is stolen and the certificate compromised. As a first-in-industry technology, IronWiFi's Dynamic RADIUS technology can talk with your IDP to change policies for users depending on your needs without revocation or re-issuance of certificates, increasing your network's security.

Azure Active Directory is the "Connector" that connects your on-premise Active Directory (using LDAP) with Azure. Due to the fact that Active Directory doesn't have to be eliminated, you can continue to support LDAP authentication with your existing applications (like Wi-Fi and VPN). When communicating with AD using LDAP, many RADIUS servers support Identity Lookup.

However, we have seen in the field a common desire to be able to perform real-time policy enforcement (similar to Identity Lookup) on an all-cloud infrastructure. Identity Lookup could not be implemented historically with CloudRADIUS servers, but today it works much better. IronWiFi provides you with all the benefits of the LDAP protocol with CloudRADIUS (real-time policy enforcement, Wi-Fi and VPN authentication support) and only requires an Azure directory, allowing you to reduce costs and get rid of your on-premise servers.

Consider IronWiFi's CloudRADIUS instead of trying to deploy an on-premise PKI because it already comes with a managed cloud PKI and authenticates with EAP-TLS.  Having every device manually configured is tedious for the IT department and dangerous if left to the user. Set up auto-enrollment for BYODs and managed devices instead of using IronWiFi's software to simplify device onboarding.

Rather than spending hundreds of thousands on an on-premise PKI, you can quickly and easily integrate IronWiFi managed Cloud PKI and CloudRADIUS.

With cloud based RADIUS Server 802.1x, you get all the security features of an 802.1x network but without the necessary hardware and expertise.

The advantages of cloud-based RADIUS servers are numerous

Cloud RADIUS systems that are correctly configured can prove to be very useful to your organization if you are concerned about network security.

The difference between digital certificates and passwords

The majority of businesses do not realize just how many security threats they face as a result of building a password-protected network.