How To Secure Your Wireless Network (Wi-Fi)

Today, without wireless internet access, it would seem almost impossible to function. Everyone around the world relies on Wi-Fi to achieve their goals and to enjoy their favorite entertainment.

From our phones to our refrigerators, everything in the future will be connected to the internet via wireless connections, so it is increasingly critical that we make sure our Wi-Fi is safe and secure. 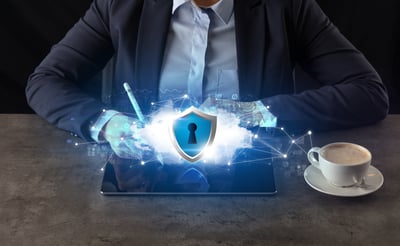 What is Wireless Security?

How Does Wireless Security Work?

In order to ensure your network is secure, you must determine which network it belongs to.

Wireless security types - what are they?

Wireless security protocols fall into four main categories as previously mentioned. Their utility and strength vary from one another.

The first security protocol ever implemented was Wired Equivalent Privacy (WEP). The device was created in 1997, but is still used today by older devices. Using WEP, data encryption is achieved by combining user- and system-generated keys. Despite this, WEP is widely known as the least secure network type as hackers have devised ways of reverse-engineering and cracking the encryption system.

WPA2 enhanced wireless security in 2004 by introducing significant changes and new features. Counter Mode Cipher Block Chaining Message Authentication Code Protocol (CCMP) took the place of TKIP in WPA2, and is an undoubtedly superior encryption tool. On March 13, 2006, the Wi-Fi Alliance announced that WPA2 would be the industry standard for all future devices bearing the Wi-Fi trademark.

A single password is required for WPA2-PSK (Pre-Shared Key) to connect to a wireless network. Wi-Fi can be accessed with a single password, but only if you trust the people using it. The possibility of damage caused by compromised login credentials is a major vulnerability. For this reason, this protocol is used most often in residential or open Wi-Fi networks.

You can encrypt a network with WPA2-PSK by giving your router a passphrase ranging from eight to 63 characters in length. Each wireless client generates a unique encryption key using that passphrase and the network SSID using CCMP. This key is constantly updated. Passphrases are also supported by WEP, but they are mainly used to create static keys, which are generally composed of the hex characters 0-9 and A-F.

Authenticating users' access to a network is handled by RADIUS servers, which are required by WPA2-Enterprise. Authentication is done using the 802.1X policy through one of several different EAP systems. WPA2-Enterprise only requires a few components to operate. In fact, if you have spare server space and access points, you have all the hardware you need to make it work.

Each device must be authenticated before it can connect, so a personal, encrypted tunnel is created between it and the network. The benefits of a properly configured WPA2-Enterprise network include near-impenetrability. Businesses and governments use this protocol primarily due to its heightened security measures.

Passwords are better protected/Encryption customized to each individual's needs/In order to improve security in enterprise networks.

Using a strategy known as Simultaneous Authentication of Equals (SAE), hackers would have a greater difficulty performing brute-force dictionary attacks. Users are required to interact with this protocol each time an authentication attempt is made, causing the authentication process to slow down considerably for those trying to brute-force their way through it.

From WPA2-Enterprise to WPA3-Enterprise, there are a few added benefits but little change in terms of security. The WPA3-Enterprise protocol includes a requirement for server certificate validation to be configured so that the device can identify the server it is connecting to. There is, however, little chance of a quick transition to WPA3 due to the lack of major improvements. The WPA2 standard was created in 2004 and even today, many organizations find it difficult to support it. Because of this, we developed a 802.1x solution that provides everything you need. 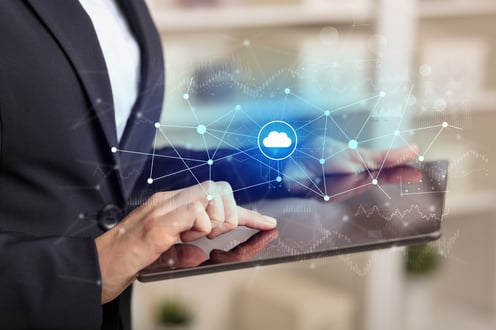 Are Wi-Fi networks at Risk?

Data security is becoming a top concern for the public due to the increased accessibility of the Internet via mobile devices and gadgets. Security failures and data breaches can cost individuals and businesses thousands of dollars.

In order to implement the proper security measures, one needs to know the most prevalent threats.

Man-in-the-middle (MITM) attacks are extremely dangerous cyber attacks where hackers impersonate a rogue access point and steal login credentials to infiltrate a private network. In order to trick unsuspecting victims into connecting to it and providing their credentials, the attacker installs hardware that looks like a trusted network, such as Wi-Fi. The devices connect to the strongest signal they recognize, and will connect to any SSID name they remember, making MITM attacks possible anywhere.

The process of cracking and decrypting a password involves what is called a "brute force attack." This involves using a trial and error approach to guess the password until it is correct. To speed up the process, hackers can use a variety of tools.

Wireless traffic can be monitored using packet sniffers. Some data packages can also be intercepted and their contents viewed by the user. By using them properly, traffic data can be collected in an unintrusive way. They can, however, cause errors and cause a network to fail if misused.

Which Wi-Fi authentication method is the safest?

Authentication is the first line of defense for a wireless network.