For decades, credentials-based authentication has been the preferred method of authentication for most network users. As a matter of policy, passwords have not been phased out of use like other decades-old technology.

It is more important than ever that passwords not only contribute to the integrity of secure networks, but also provide a blindspot for bad actors aiming to gain access to those networks. Often, identity theft is cited as the catalyst for data breaches that result in billions of dollars in damages. So what makes passwords so vulnerable? 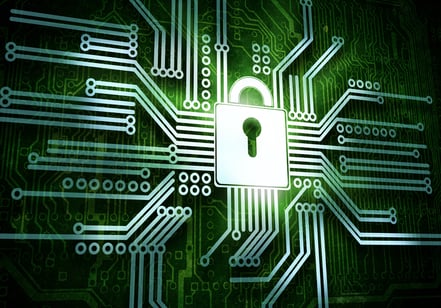 Passwords are not a good experience for the user

Nowadays, many people complain about the number of passwords they have to remember. People must create unique passwords for their work, their home, their bank, their streaming services, all their apps - the list is endless. There is a lot of useful data stored by organizations, such as universities and businesses. To strengthen credential-based security, they often institute a password reset policy. For every network user, all passwords expire after a certain period of time, typically between two and six months.

Despite the fact that this reduces the possibility of stolen passwords being used for accessing the network, it is an enormous hurdle for users. Users must reconnect every connected device. When hundreds to thousands of users are connected to a network, a password reset will likely result in a huge number of IT support ticket requests.

While this process is taking place, the entire organization may be put on hold while everyone sorts out their passwords, causing enormous costs for the company and a significant loss of productivity.

Besides password reset policies, there are several security guidelines that should be followed to ensure maximum security from passwords.

One of the top tips given is to avoid using simple passwords. If a password is only one word long or uses information that is personal to the user (such as a pet's name), it can be easily cracked by an attacker by employing different attack methods, which will be covered in greater detail later.

With complex passwords that are difficult to crack, hackers have a hard time breaking into systems. It has been shown that one of the best password practices, which is to never write down your passwords, has been compromised by people who create dozens of unique, complex passwords. If a piece of paper or a notepad containing one's passwords is lost, it can easily be found again. If this happens, your account might be hacked. Additionally, you should use a different password for every account you have. It is easy for hackers to gain access to many accounts at once if they have access to a single password. Therefore, information can be accessed more easily. Using password management software is the easiest and most effective way to ensure that your passwords are unique and complex. If you decide to use this type of software, be sure to thoroughly research the security policies of the company. An organization that violates its security standards can cause severe harm to both the organization and the client.

With the right access point and a laptop, MITM attacks are easy to execute. It is necessary for a potential attacker to set up a shop near an organization or a location where many organization members spend time (such as a coffee shop).

In the next step, they would broadcast a strong network signal so users' devices would connect to it and send their credentials. As a result, they are able to obtain as many credentials as they can. Phishing is a social engineering technique that is designed to trick users into clicking a malicious link or sending sensitive information. Email is often used for this kind of attack, which is why it's vital to provide your organization with secure email messaging.

Often, phishing attacks use psychological tactics, such as fear, urgency, and reward incentives. In addition, making sure you know who is sending the email is crucial, since many attackers are adept at impersonating someone such as a company executive to manipulate a target.

A brute force attack uses software to try every possible combination of letter combinations in order to find a correct password. As a result, authentication methods that rely on credentials like EAP-TTLS/PAP and PEAP-MSCHAPv2 fail to account for this, allowing an attacker to make millions of requests in a very short period of time.

It is very similar to a dictionary attack, except that it sends every word in a list instead of random combinations to bypass network authentication.

The attacker could use a rainbow hash table to decrypt passwords found in a database. Since hashed data can't be read as plaintext, it is frequently stored in a hashed format. Rainbow table attacks use a hash function to decrypt hashed passwords.

It is one of the least technically advanced hacking attacks. By entering the hashed passwords into a rainbow table, the attacker executes the function.

Credentials without the context of identity

An administrator cannot trust that users are properly identified when using password-based authentication. User credentials are assumed to be their own when they enter their username and password, but it's not always the case. You can easily access a network by using someone else's credentials, and this sort of misidentification is easy to miss. An estimated 30% of American workers shared their passwords with coworkers, creating conflict in the workplace. If an employee was to steal data from an organization by using someone else's credentials, the wrong person could be framed and fired, or worse if criminal activity was committed. In addition, it provides the opportunity for an outside actor to gain access to a network anonymously, which makes it harder to identify how a breach occurred. Network integrity and accountability in an organization can only be maintained by accurately identifying network users.

An alternative to using passwords for authentication

With the mounting evidence, it becomes obvious that passwords can't be trusted to maintain network security or identify who's accessing it. What else can be done?

Multifactor authentication (MFA) can prevent unauthorized access to a network. Outside actors have a much harder time breaking into networks as complexity increases. There is value in complexity both ways, of course. Network users are likely to be confused as more authentication layers are required. Multi-factor authentication increases the likelihood that misconfigurations will occur and IT support tickets will be raised. This compromises security at the expense of convenience.

An x.509 digital certificate is the gold standard for authentication. Through public-key cryptography, devices with certificates are automatically authenticated when in range of the network and therefore will not fall victim to any of the credential attacks described above. As a result, users will have greater convenience, and the network will be protected more effectively.

With effective onboarding software, certificates can be effectively used. A substantial amount of IT support tickets will be generated when certificates are made available for users to configure themselves. The user will simply find this process inefficient since it requires high-level IT expertise. By using IronWifi's self-configuration solution, users can set up their own devices with only a few clicks. IronWifi has the ability to connect the user to a secure network, require them to prove their identity, and then automatically configure the device and issue a certificate that can last for years. A user will only interact with the authentication process during the initial configuration phase with certificates. They are automatically authenticated after that, so they can browse freely. Credentials have been used for decades, but such things as VHS, analog television, and the typewriter are obsolete and should be replaced with modern alternatives. The weaknesses of passwords have been filled with new solutions.

Passwords represent a significant security risk, which is reason enough for organizations to consider alternatives. See if IronWifi's cost-effective certificate solutions can protect your network from the risks credential-based authentication creates.

Which Wi-Fi authentication method is the safest?

Authentication is the first line of defense for a wireless network.

Few ideas about whether and how Google Secure LDAP can be used to support Wi-Fi authentication.

Implementing Passpoint or OpenRoaming, or a combination of both, is the best method of enabling roaming for your users. Furthermore, if your existing...